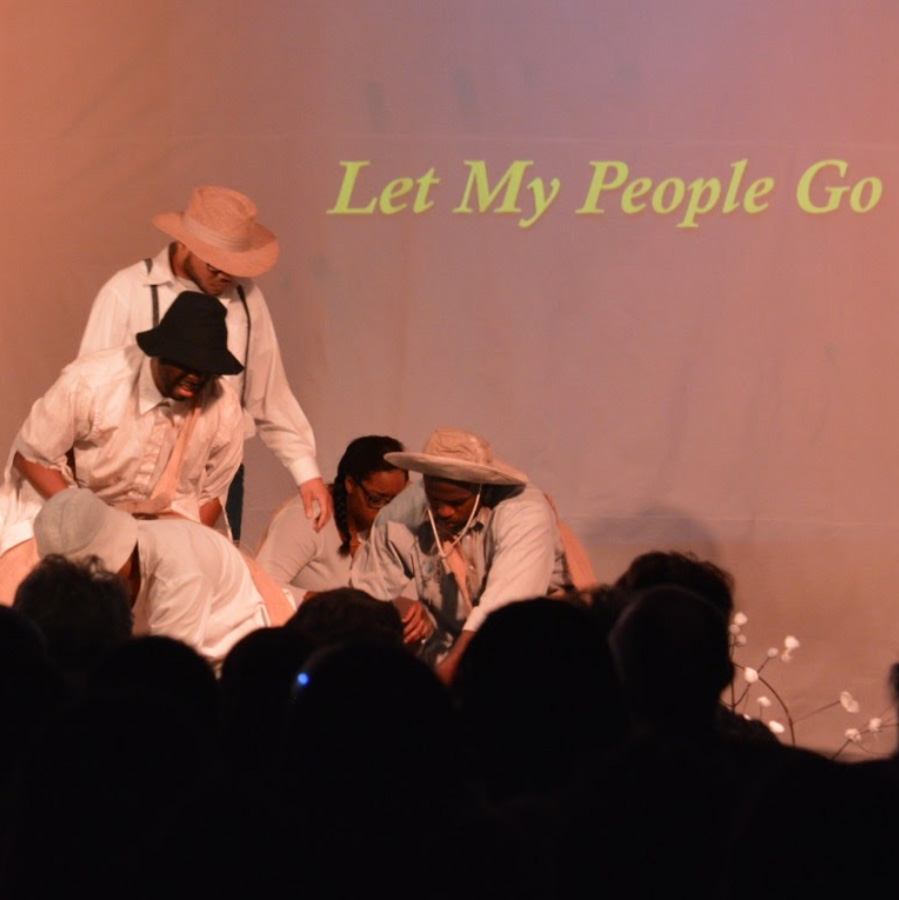 My creative works draw inspiration from ancestral stories and wisdom and a deep yearning to illuminate injustice to provoke individuals, groups, and institutions to action. 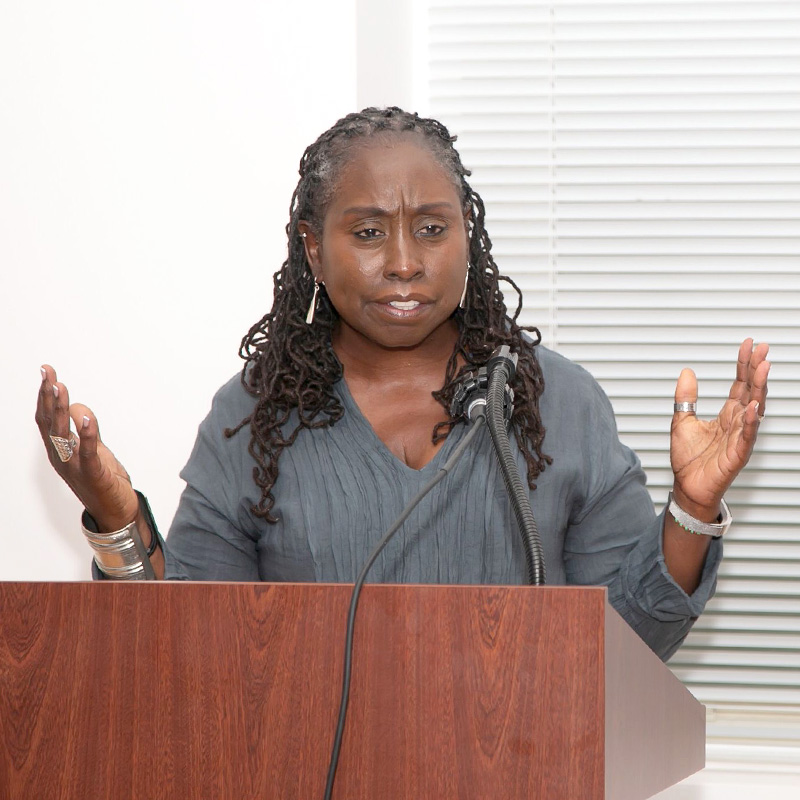 My speaking is a digital echo— in word, technology, and artistic expression. My speaking opens listeners’ sensory perceptions to stir them to self-examination, human goodness, and communal transformation. 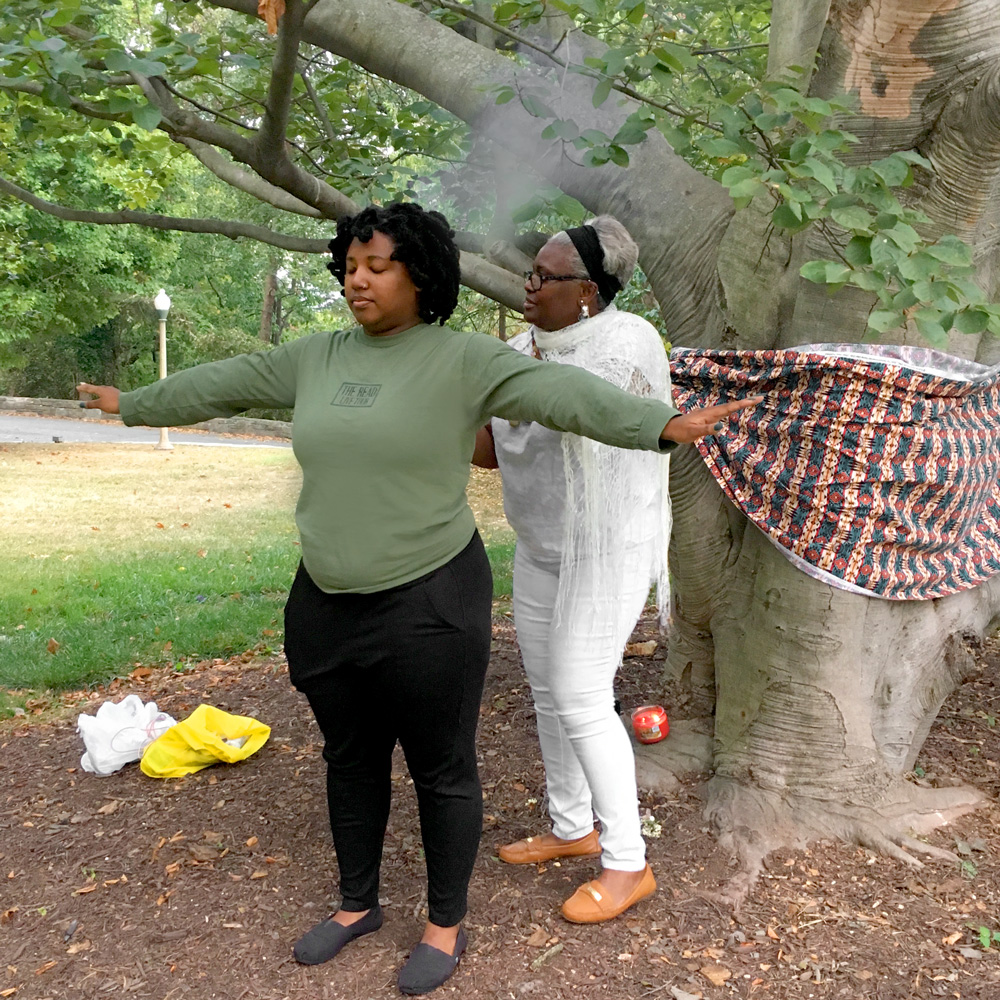 My goal in facilitating rituals is to help others bring into focus their destiny, character, and path. Through rituals, one finds inner peace and feels a deeper connection to themselves, their ancestors, and their work in the world. 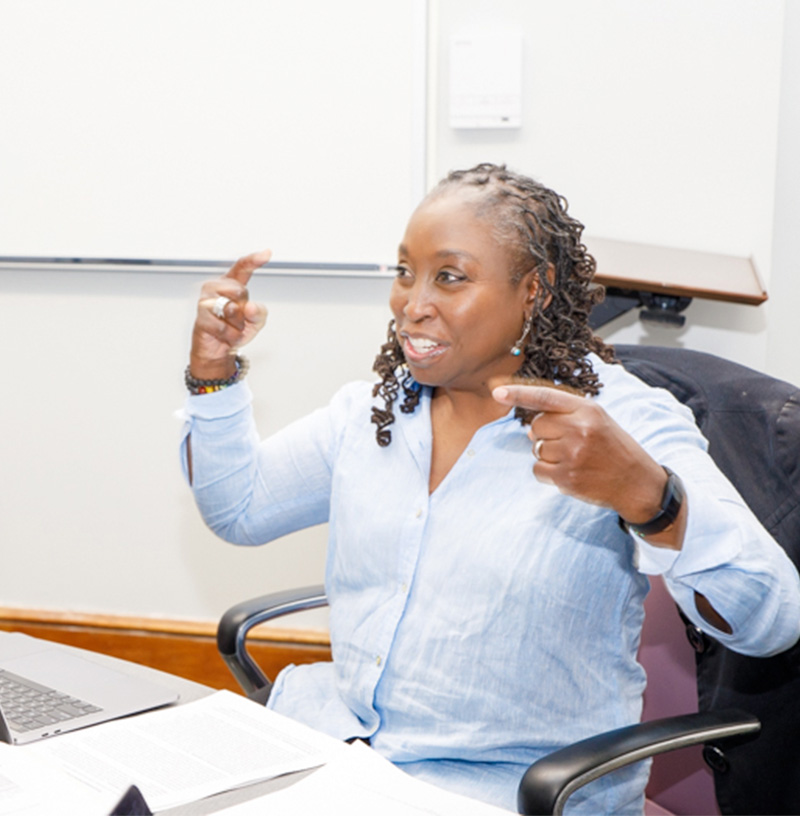 Teaching is who I am. It is my life’s calling and passion. There is nothing better than seeing the light in my students’ eyes when they connect their history to who they are to the world around them. 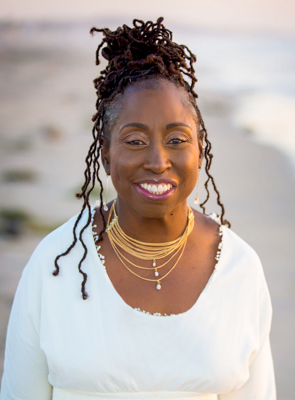 Renee K. Harrison is an Associate Professor of African American and U.S. Religious History at Howard University. She joined the School of Divinity faculty in the fall of 2010.

Harrison is the recipient of awards, grants, and fellowships. She is co-facilitator with Dean Yolanda Pierce of the Community, Spirituality, and The Arts Series at HUSD.

Harrison earned her Bachelor of Arts from California State University Northridge; Master of Divinity and Master of Arts in Religious Education (with honors) from the Interdenominational Theological Center in Atlanta, Georgia; and Ph.D. in Religion with an interdisciplinary concentration in history, feminist/womanist thought, African American studies, and philosophy from Emory University.

Harrison’s most recent publication,  Black Hands, White House: Slave Labor and the Making of America, is set for release by Fortress Press this November. Black Hands, White House documents and appraises the role enslaved women, men, and children played in building the US, its physical and fiscal infrastructure. The work highlights the material commodities produced by enslaved communities during the Transatlantic Slave Trade. These commodities—namely, cotton, tobacco, sugar, among others—enriched European and US economies, contributed to the material and monetary wealth of the nation’s founding fathers and other early European immigrants and their descendants and bolstered the wealth of present-day companies founded during the American slave era. Black Hands also examines the role enslaved laborers played in building the infrastructure of the nation’s capital and its federal buildings—White House, US Capitol, Department of the Treasury, Smithsonian Castle, and so forth. Given the enslaved community’s contribution to the US, this work calls for the erection of a stand-alone National Enslaved Labor Memorial Sanctuary on the National Mall honoring enslaved Black peoples’ sacrifice, labors, and contributions. Such a memorial, commissioned by the US government, could also serve as a public demonstration of the US government’s admission and role in slavery and human-harm and acknowledge the karmic debt owed to these first-Black-bodied builders of America.

A native of Los Angeles, California, Dr. Harrison is a retired 11-year veteran of the LAPD and the former executive director of A Leap of Faith Productions, a non-profit community-based theatre group in Los Angeles. She is an artist, poet, and playwright who loves loves loves teaching! She also enjoys spending her spare time researching and writing, walking on the beach, playing and watching tennis (no doubt Serena), viewing all things DuVernay and Rhimes, and traveling with her spouse Yolonda and pup Satchmo.

Please enter your name and email address below to receive updates on the book launch, speaking engagements, and more.